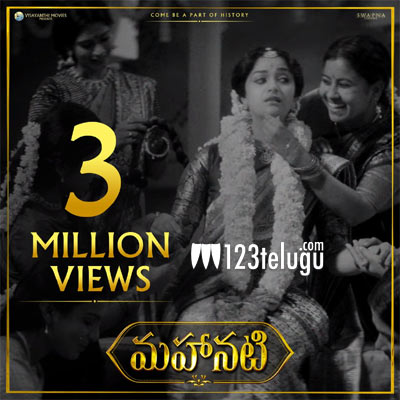 As expected, the teaser of Mahanati lived up to all its hype all over. Within no time, the teaser has clocked three million digital views online. Keerthy Suresh’s striking resemblance as Savitri has done the trick for the viewers.

Some of the top stars in the south are playing key roles in this film. Nag Ashwin directs this film which has been produced by Vyjayanthi Movies.