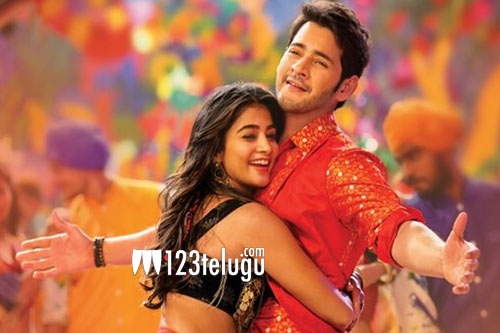 After two back-to-back disasters in the form of 1 Nenokkadine and Aagadu, Superstar Mahesh Babu had scored his career’s then biggest hit with the 2015 social drama, Srimanthudu. In this Koratala Siva directorial, Mahesh played the role of a billionaire’s son who adopts a village. Mahesh’s earnest performance in the film had left his fans thrilled.

Then came a couple of disasters, Brahmotsavam and Spyder. Although both the movies were colossal failures at the box-office, Mahesh was appreciated for his penchant to give out important messages on family values, traditions and social responsibility.

And then, the Superstar had delivered his career’s highest grosser with the acclaimed political drama, Bharat Ane Nenu. Mahesh had once again joined hands with Koratala Siva and discussed two important topics – political accountability among politicians and social responsibility among common people.

Now, all eyes are on the actor’s prestigious silver jubilee film, Maharshi. Director Vamshi Paidipally and Mahesh are going to touch upon the burning topic of agrarian crisis in the film. Mahesh plays a New York-based businessman who returns to a village to resolve farmers’ issues.

With all his past few movies, Mahesh has earned the reputation of a socially conscious actor. For now, fans and trade circles are keenly waiting to see if Mahesh’s continued trust in ideals help him conquer the box-office this summer. Maharshi is gearing up for a grand worldwide release on May 9.