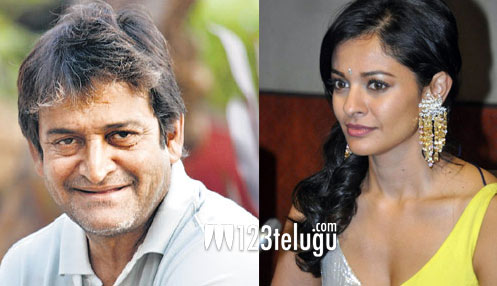 Recently, a filmmaker named Kethireddy Jagadeeswar Reddy had launched Lakshmi’s Veeragrandham, a controversial film on Lakshmi Parvathi’s marriage with legendary actor and politician NT Ramarao. The film’s shooting was to kick-start in NTR’s hometown Nimmakuru, but the locals had protested against the film.

Meanwhile, Kethireddy, speaking to the media, has confirmed that he is in talks with Bollywood actor Mahesh Manjrekar for NTR’s role, while Garuda Vega actress Pooja Kumar will be essaying Lakshmi Parvathi’s role. Yesterday, Lakshmi Parvathi has threatened to commit suicide if the film, which she fears may portray her in a negative light, is allowed to be made.