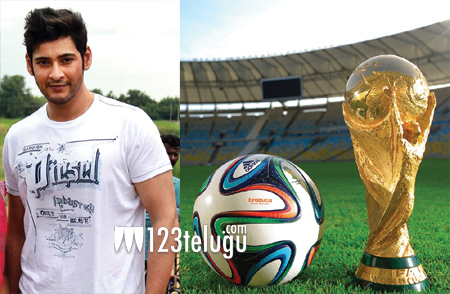 Where ever you go, the only discussion currently is the ongoing FIFA soccer world cup. This mega event kick started yesterday with Brazil winning the opening match over Croatia.

The football fever has caught up everywhere, and our prince Mahesh Babu is equally interested in the world cup proceedings. In an latest interview, Mahesh revealed that he is backing Spain to win this year’s world cup, and Christiano Ronaldo is his favourite player.

Adding further he also revealed that it would be really interesting to see Brazil and Spain fight it out in the finals. For over the next month 32 teams are fighting it out in Brazil for the most coveted sporting event in the world