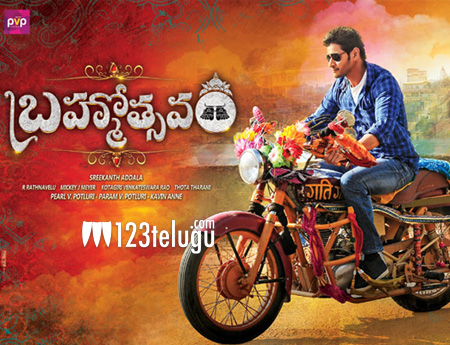 Mahesh Babu’s career big hit, Srimanthudu was released in Tamil and did decent business in the city of Chennai. But sadly, Brahmotsavam has not been dubbed in Tamil and this has disappointed many Mahesh fans in Tamil Nadu.

The various Telugu settlers in Tamil Nadu and loyal Mahesh fans are quite displeased and feel that the film should have been dubbed in Tamil as well. Mahesh has a superb following in Tamil as well and the entire film circles were eager to watch the film in their native language.

However, the Telugu version is releasing in many theaters and is having a record release in the city of Chennai itself. Directed by Srikanth Addala, this film has Kajal and Samantha as the female leads.