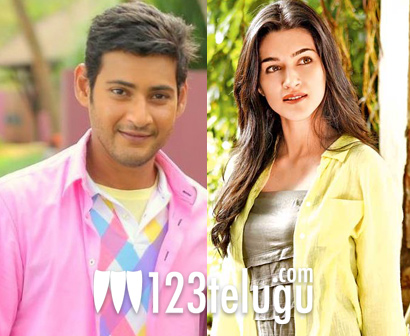 Superstar Mahesh Babu and newcomer Kriti Sanon are currently shooting for some romantic sequences in Goa for their upcoming movie. A song was shot recently and shooting is expected to continue till the end of the month. The movie is being directed by Sukumar and 14 Reels Entertainment banner is producing the movie.

This film has music by Devi Sri Prasad and he is composing some very radically new tunes for the project. This big budget production is expected to release in the first half of 2013 and Mahesh Babu will be seen in a stylish new avatar.

14 Reels Entertainment and Mahesh Babu teamed up for ‘Dookudu’, one of the highest grossing Telugu films of all time.