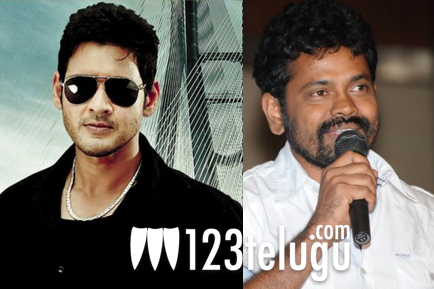 Mahesh Babu has begun shooting for Sukumar’s untitled film after a long gap.  Few months ago, he had shot for a song for this film and after that he devoted most of the time for Seethamma Vaakitlo Sirimalle Chettu (SVSC). Now that he has finished most part of SVSC, he has joined the sets of Sukumar’s film in Hyderabad. The film’s next schedule is going to be held in Goa from October 10. Incidentally, Mahesh Babu’s earlier film Businessman was extensively shot in Goa. This is the first time Mahesh Babu and Sukumar are teaming up for a film and expectations from this combination are sky high. Anil Sunkara, Gopichand and Ram Achanta are producing the film on 14 Reels Entertainments banner. Devi Sri Prasad is composing the music and he has promised that he’s going to come up with a unique sounding album. Mahesh Babu is sporting a new look in this film and he even hired a personal trainer from US to get the right look. The film is expected to release in summer, 2013.