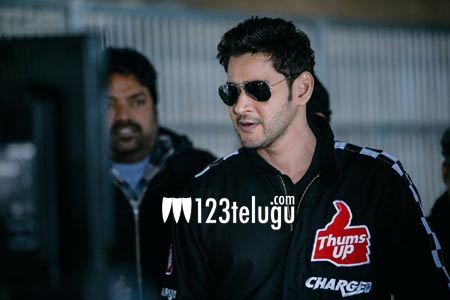 Few weeks ago, Mahesh Babu was spotted on the sets of a new TV campaign for Thums Up, where he was dressed up as a racing car driver, and his look left many of his wondering what he had been working. Now, for the first time, the actor has spilled the beans on the shoot.

The TV commercial for Thumps Up was part of the new “Take Charge” campaign launched by the cola brand, which has a new caption – “Never Give Up Ever”. As part of the storyline, Mahesh Babu charges ahead of his competitors to win a race, much to everyone’s shock.

While Mahesh Babu starred in the Telugu campaign of the ad, in Hindi, the brand roped on Ranveer Singh to play the same part.

Here it is… #ThumsUpCharged film that you all have been waiting for! #TakeCharge & watch it now! Enjoy 🙂@ThumsUpOfficial pic.twitter.com/42qWouvaVw