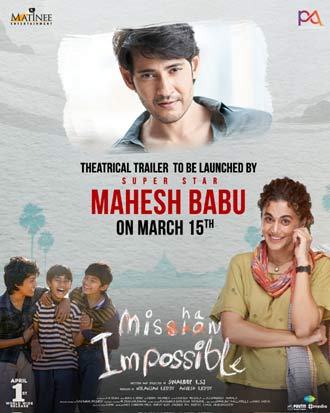 A few days ago, the makers have announced that the theatrical trailer will be unveiled on March 14, 2022. Now, the date has been
changed to March 15 as Superstar Mahesh Babu has agreed to launch the trailer.

Produced by Matinee Entertainment, the movie has Harsh Roshan, Bhanu Prakshan and Jayateertha Molugu in lead roles. Having Mark K Robin’s music, the movie will hit screens on April 1, 2022.