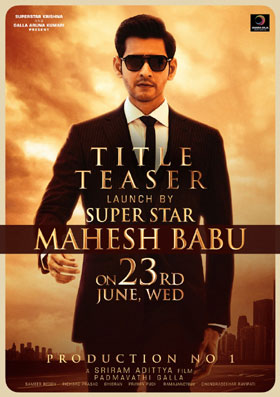 Hero Mahesh Babu will be unveiling the title teaser for his nephew Ashok Galla’s debut film on June 23rd. This evening, the film’s makers made this announcement by releasing a special poster in which Mahesh was looking dashing as ever.

Young beauty Niddhi Agerwal is the female lead in the movie, which is being produced by Mahesh’s elder sister Padmavathi Galla under Amara Raja Entertainment banner. Sriram Aditya is directing the movie and Kollywood composer Ghibran is scoring the soundtrack. Stay tuned for the title reveal on the 23rd.