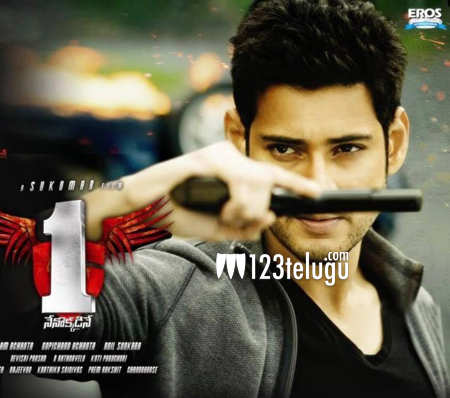 Superstar Mahesh Babu starrer psychological thriller ‘1 Nenokkadine’ hit the screens in January last year. Released amidst heavy expectations, the film failed to create ripples at the box office. However, the film won critical acclaim for its innovative subject and high standards in filmmaking. The film will now be releasing in Malayalam as ‘1 Oruththam’ on 6th February.

Directed by Sukumar and produced by 14 Reels, ‘1 Nenokkadine’ is an emotional revenge drama of a Rockstar, played by Mahesh Babu. The film has been regarded as one of the highest rated Indian films on IMDB and even found several admirers from the North, thanks to its Hindi version, ‘1-Ek ka Dum’.

Mahesh Babu is currently shooting for a family entertainer in Koratala Siva’s direction. The film is finishing its shoot at a fast pace and is gearing up for a midsummer release.