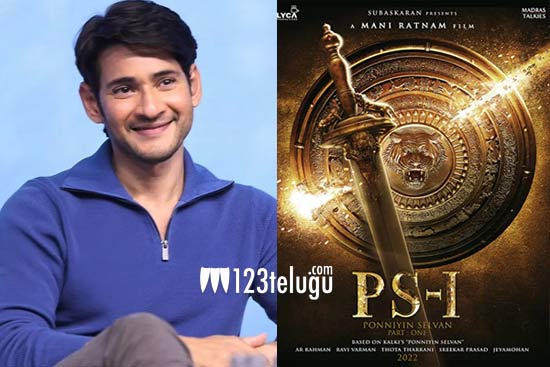 Mani Ratnam is ready with his new film Ponniyan Selvan. The film releases this September and the promotions have started.

In 2010, he approached Mahesh Babu to play the role of Arulmozhi Verman and even Mahesh showed interest. But sadly, Mani Ratnam did not find financiers to bank this biggie.