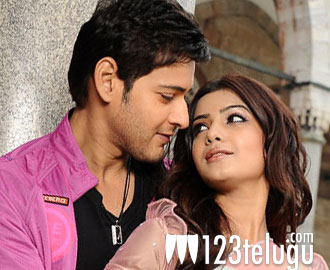 Superstar Mahesh Babu and Samantha are participating in a song shoot today in Pune for the multistarrer ‘Seethamma Vakitlo Sirimalle Chettu’. The two stars make a great pair and their combination clicked at the Box Office in the form of ‘Dookudu’ . The movie is in the final stages of shooting and work is largely complete. The production team is aiming for a January 11th release for the film, to compete in the lucrative Sankranthi holidays period.

Victory Venkatesh will be seen in the company of Anjali and Prakash Raj will be essaying the crucial role of a father. Srikanth Addala is the director of this movie and Dil Raju is the producer.

The audio album of this movie is expected to release on December 15th at a grand ceremony in Ramanaidu Studios at Nanakramguda. Micky J Meyer has composed the music for the film.