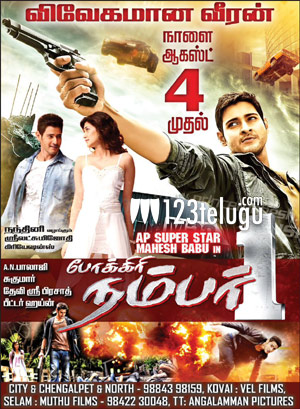 The craze around Superstar Mahesh Babu and AR Murugadoss’ much-awaited spy thriller, Spyder, is quite huge in Tamil Nadu. To cash in on this craze, the Tamil distributors of Mahesh’s 2014 psychological thriller, 1 Nenokkadine, are re-releasing the film’s Tamil version.

Meanwhile, Spyder’s promotions kick-started on a grand note. The film is releasing in Telugu, Tamil and Hindi on September 27.