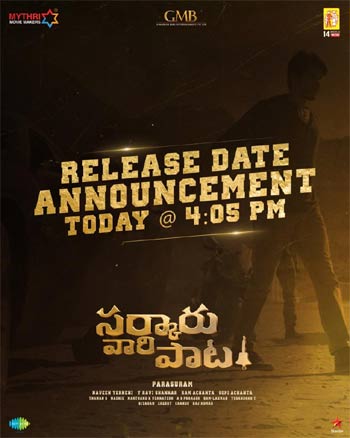 Sarkaru Vaari Pata was up for a release this Sankranthi. But as RRR is coming out on the 7th of January, the makers of SVP have shifted their date.

The same will be confirmed today at 4 PM. Now, the gossip in the film circles is that the makers have chosen April 1st 2022 as the release date of the film.

SVP has Keerthy Suresh playing the female lead in this film which has music by Thaman. We need to see if the makers confirm the date which we have said above.