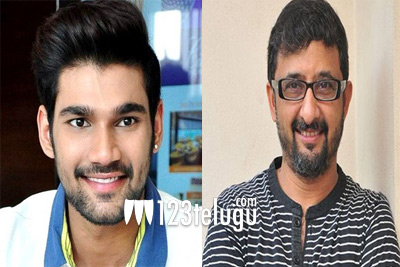 By now, things are wide clear that Teja will be directing Bellamkonda Sreenivas in his next. The project has been confirmed and will be produced by AK Entertainments.

The pre-production is on and the latest we hear is that Teja is all set to showcase the acting prowess of Srinivas through this film. Till now, the Bellamkonda junior has only done commercial films, but this project will be in total Teja style and will be performance based say sources from the unit.

The shooting of the film will begin soon and Kajal will be playing the female lead. Watch out this space for more updates on this project.