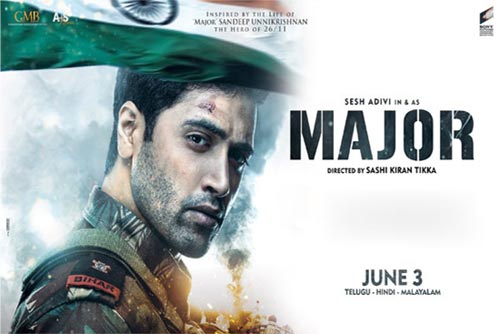 Major has started on a good note and the occupancy is only proof. The film is an action drama and is made about the life of Major Sandeep Unnikrishnan.

Now, as per the latest update, the film has made 2.08 crores on day one in Telugu states. The weekend collections are surely going to be better as per the news.

Adivi Sesh plays the main lead in this film which has Saiee Manjrekar and Shobita Dhulipala in key roles. Sasi Kiran Thikka has directed this film on a grand scale.