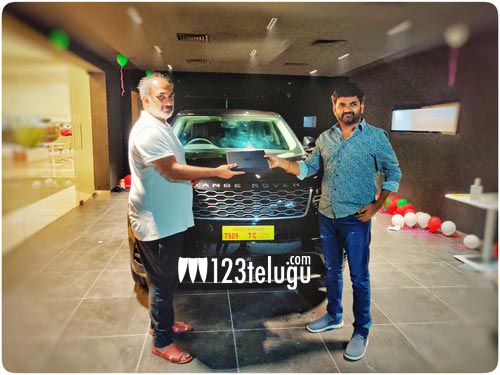 Maruthi is super high with the success of his latest film Pratiorju Pandage. The family drama has made over 30 crores now and is a blockbuster. The film has brought solid profits to UV Creations and GA2 Pictures.

So, as a token of appreciation, the makers of the film gifted Maruthi a swanky new Range Rover earlier today. Seen here in the picture is Maruthi along with producer Vamsi of UV Creations.

Pratiorju Pandage had Sai Dharam Tej and Raashi Khanna as the main leads. Rao Ramesh played the central role along with Satyaraj who won a lot of appreciation.