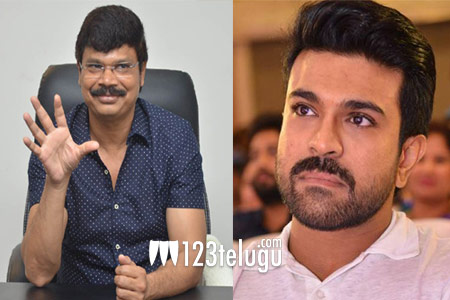 So much is being said that the Ram Charan film with Boyapti Sreenu is in all sorts of troubles and the shoots have been postponed because of Charan as he was not showing much interest in the project anymore.

Clarifying all this, the makers, DVV Entertainments headed by Danayya today cleared all the reports and said that the film is on schedule and one should not believe in the rumors going around.

Yesterday, there were rumors that the film has been postponed and will only release in summer 2019. Now that the makers have clarified the rumors, things should settle down by itself.

Contrary to some rumors which are being circulated, #RC12 is on schedule to release for Sankranthi 2019. We will announce the first look details very soon.