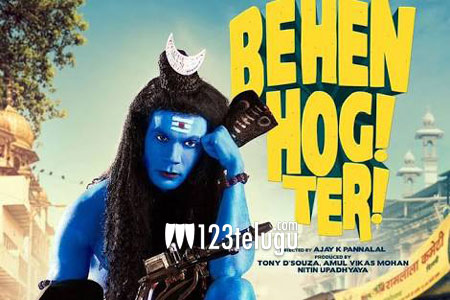 A couple of days ago, the makers of Shruti Hassan’s soon to be released romantic comedy, Behen Hogi Teri, were arrested by Jalandhar Police, following a complaint which alleged that the makers hurt religious sentiments of Hindus.

In the film’s teaser poster, hero Rajkummar Rao was seen as Lord Shiva who is sitting on a bike, bored and wearing slippers. Director Ajay K Pannalal and one of the producers Tony D’Souza were arrested and later granted bail.

The film’s release was already postponed to June 9th from May 26th, and uncertainty about the June 9th release still prevails.