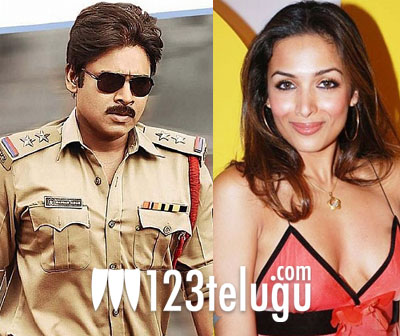 Bollywood siren Malaika Arora Khan has been finalized for the item song in Power Star Pawan Kalyan’s ‘Gabbar Singh’. We just spoke to the producer and he confirmed the same. Malaika sizzled in the item number ‘Munni’ for the film ‘Dabangg’,which is being remade in Telugu as ‘Gabbar Singh’. This song went on to gain cult status across the country and the makers of ‘Gabbar Singh’ are expecting a similar result here.

Harish Shankar is directing this movie and Devi Sri is scoring the music. The film will hit the screens in May and Ganesh Babu is producing the movie on Parameshwara Arts banner.