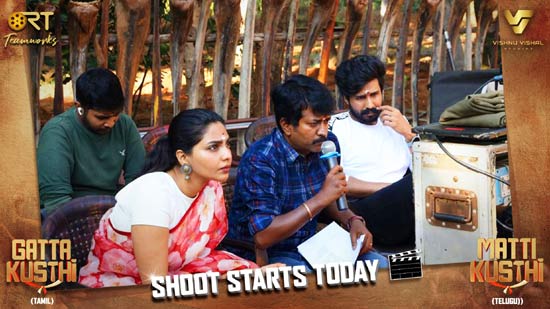 Now, the latest news is that the makers of the movie have welcomed Aishwarya Lekshmi onboard to play the love interest of Vishnu Vishal. To note, the actress has already signed a Telugu movie, Godse, starring Satya Dev in the lead role.

The shooting of Matti Kusthi commenced today at Tenkasi town in Tamil Nadu. Directed by Chella Ayyavu, the movie is also produced by Vishnu Vishal under his home banner. Justin Prabhakaran of Radhe Shyam fame is the music director of this movie.