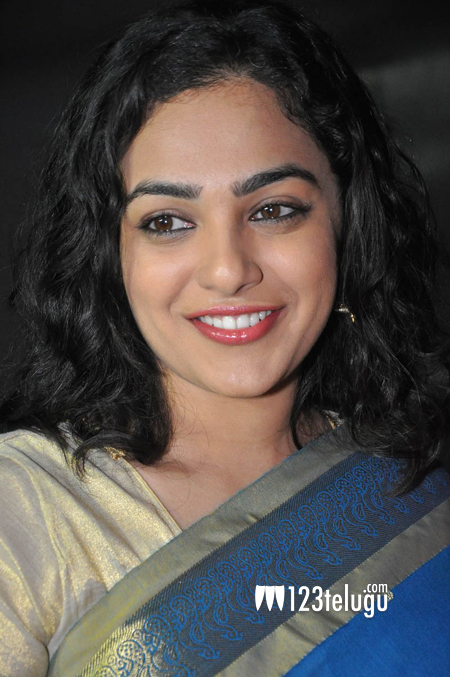 Nithya Menen’s latest film Malini 22 is a thriller which deals with a burning topic like women’s safety. Directed by Sripriya, the film is the remake of a Malayalam film, 22 Female Kottayam and the Telugu version has Nithya Menen, Krish Sathar and Naresh in lead roles. The film’s audio was launched a little while ago in Hyderabad and several celebrities such as Krishna, Vijaya Nirmala, Jayasudha, Latha Rajinikanth, Rana, Nandini Reddy, Vikram graced the event.

Speaking at the event, Nithya Menen said, “When Sripriya approached me to narrate the story, I really liked her conviction and I was confident that I can do something good in this film. A lot people keep saying that their film is quite different from others, but I would say one thing for sure. Malini 22 is the kind of film which will make a huge impact and make people think. I would also like to thank all my male co-stars in the film who played brave roles. It wasn’t easy for them and you’ll understand what I mean by brave when you watch the film.”

All the guests who were present on the occasion praised Nithya Menen for her choice of scripts and also pointed out that she has created a niche for herself in a short period of time. Naresh, who’s going to make his debut in Tamil with this film, said, “It was great pleasure working with Sripriya, Nithya and Krish Sathar. The entire film was shot in less than 40 days and it wouldn’t have been possible without proper planning. I’ve done close to 140 films in my career and I can confidently say that I’ve never ever done such a role.”

Aravind-Shankar have scored the music and Manoj Pillai is the cinematographer. Sripriya has also written the screenplay, apart from directing the film. Rajkumar Sethupathy is producing the film and it’ll hit the screens in December.