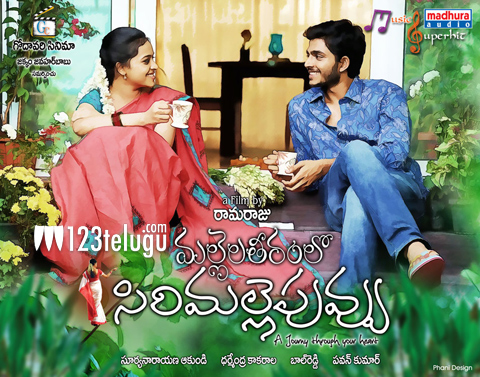 Mallela Theeram Lo Sirimalle Puvvu, a new film starring Sri Divya and Kranthi is going to release in India on July 6. Directed by Rama Raju, the film revolves around a lonely housewife who’s extremely unhappy with her marriage and life and how her life changes after meets her favourite writer. The two embark on a beautiful journey during which they discuss about poetry, life, marriage among many other things. Incidentally, Sri Divya had earlier acted in Maruthi’s Bus Stop, which was a big hit at box-office. Pavan Kumar has scored the music and Balareddy is the cinematographer of Mallela Theeram Lo Sirimalle Puvvu. A premiere is going to be held on July 4 in Hyderabad and the film will release on July 6 in India, whereas in US, it’s going to be released in select few locations on July 4.