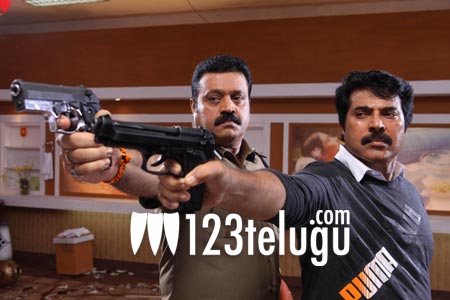 A new Malayalam film titled The King and Commissioner starring Mammootty and Suresh Gopi is going to be dubbed in Telugu. Shaji Kailas is directing the Malayalam version and Koneru Kalpana is producing the Telugu version. Interestingly, Suresh Gopi had starred in a film titled Commissioner, which was a blockbuster back in 1994 and another film titled The King starring Mammootty was a huge hit as well. Now, Shaji Kailas is bringing together these popular characters that Mammootty and Suresh Gopi had played in his latest film. Mammotty will be seen as National Security Force’s director and Suresh Gopi is playing the role of Delhi’s Police Commissioner and the story revolves around how they team up to solve a critical issue. The film is expected to hit the screens in April.