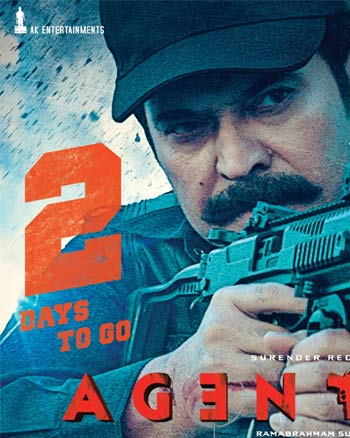 Young and handsome actor Akhil Akkineni’s much-awaited movie Agent is all set to start its promotional activities. As a part of this, the film’s teaser will be released on15th July. This spy film is directed by the stylish filmmaker Surender Reddy.

Now the makers have dropped a new poster featuring Malayalam Megastar Mammootty. The veteran actor is seen holding a rifle and he looks absolutely stunning in this new poster. This look has now intensified the wait for the film’s teaser. Sakshi Vaidya is making her debut as a heroine with this movie.

The film is being produced by AK Entertainments and Surender 2 Cinema. Hiphop Tamizha has scored the music. The movie team is planning to release the movie in other languages as well. The film’s songs will be released on Lahari Music.