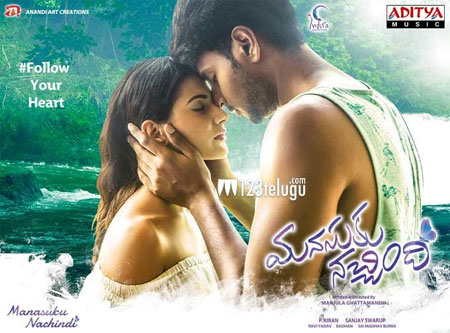 With just a day to go for the release of Manasuku Nacchindi, the buzz for the film has caught on quite well. The latest trailer with the voice over of Mahesh Babu has set the ball rolling for the film.

Mahesh speaks as mother nature in the trailer and the way his voice has been nicely incorporated into the beautiful visuals work wonderfully for the film.

Sundeep Kishan and Amyra Dastur play lead roles in this film which is directed by Manjula. Touted to be a romantic drama, this film has music by Radhan.