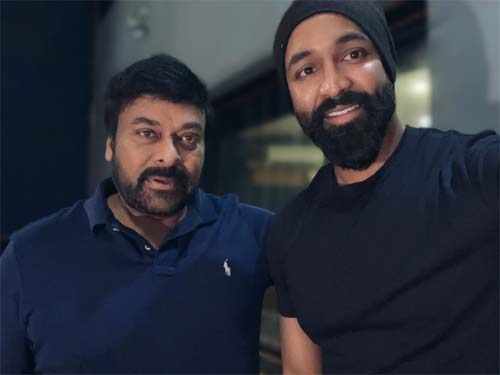 Hero Vishnu Manchu today met Megastar Chiranjeevi and took to Twitter to share a picture with him. Vishnu said that he “had the honor of grilling him with questions and learnt quite a lot” in the process. “No wonder why he is The Megastar,” he tweeted.

Vishnu then went on to say that he will reveal why he met Chiru later. Needless to say, Vishnu’s tweet has led to speculations that Chiru will be part of Vishnu’s maiden Hollywood project ‘Mosagallu’. Whether Chiru will be seen in a special cameo or if he will lend his voice for the movie or if it’s a totally different collaboration remains to be seen.

Met up with the Big Boss @KChiruTweets uncle today. Why I met will be revealed shortly. But I had the honor of grilling him with questions and learnt quite a lot. No wonder why he is The Megastar ❤️! pic.twitter.com/NeWnEEuSVz