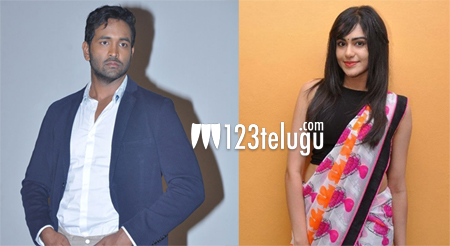 123telugu had recently reported that actor Manchu Vishnu and talented director Deva Katta are teaming up for an upcoming film. As per the latest update, the filmmakers have roped in ‘Heart Attack’ fame Adah Sharma as the female lead for this film. Sources say that an official announcement on this development will be made very soon. This beauty has also signed Allu Arjun – Trivikram’s film and Aadi’s ‘Garam’ as the female lead.

Produced by Vishnu himself under his banner 24 frames factory, this film is the remake of the super hit Tamil film Arima Nambi staring Vikram Prabhu.