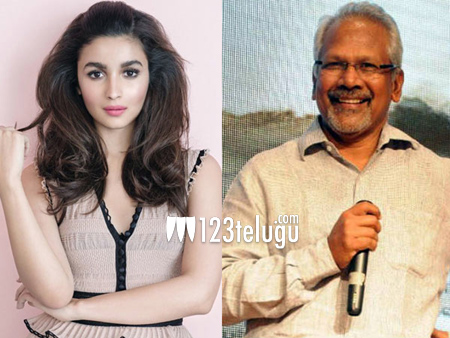 It is a dream come true for every actor to bag a role in a Mani Ratnam film. Be it Hindi or any other language in the south, Mani is considered a genius and stars make a bee line to act in his films.

One such actress who is desperately wanting to do a Mani Ratnam films is super star Hindi actress Alia Bhatt. Speaking to a leading daily, Alia revealed that she would love to do a romantic Mani Ratnam flick in the south.

Alia is the current sensation in Bollywood and with this statement, she will be offered plump projects in the south and who knows, Mani himself might approach her for a Tamil film soon. What say !