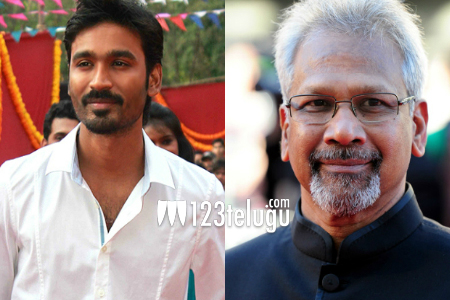 Tamil star Dhanush is undoubtedly one of the highly talented actors of his generation. Besides winning a national award at a very young age, the actor continues to appear in several high profile projects in Tamil and Hindi. Dhanush received accolades from fans and critics for his impeccable performance in his latest Hindi film along with Amitabh Bachchan, ‘Shamitabh’.

Even though disappointed with the film’s average collections, Dhanush has a reason to smile. Legendary filmmaker Mani Ratnam watched the film recently during a special screening in Chennai and praised Dhanush’s acting in the role of a mute actor. Naturally, Dhanush is elated on the director’s appreciation. Incidentally, Dhanush was earlier rumored to have been cast in the maverick director’s next film.

Dhanush’s latest Tmail film ‘Anegan’ has been declared a grand success and will be releasing soon in Telugu.