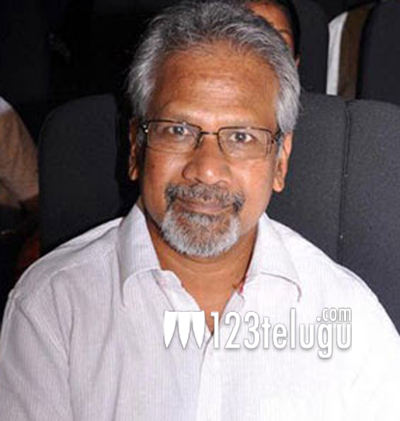 Mani Ratnam, one of the highly regarded directors across the country, seems to be back in his elements with his latest romantic tale ‘Ok Bangaram’. The film’s Tamil version’s trailer has been unveiled this morning to a rousing reception from his ardent fans. The typical Mani Ratnam mark in the storytelling and the film’s striking resemblances to his earlier classic ‘Sakhi’, have made the trailer stand out immediately.

‘Ok Bangaram’ talks about the love story of a young couple in Mumbai. The film’s flashy and lively visuals captured by ace cinematographer PC Sreeram and the energetic music scored by AR Rahman added to the trailer’s energy. Fans are already expecting big from the auteur who disappointed everyone with his last two films ‘Kadali’ and ‘Villain’.

‘Ok Bangaram’ will have its audio launch this month and the film is gearing up for a release in April on the Tamil New Year. ‘Dil’ Raju releases the film in Telugu.