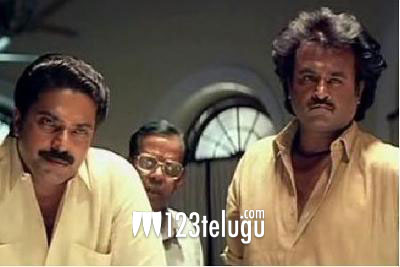 Legendary auteur Mani Ratnam’s iconic multi-starrer, Thalapathi, completed 25 years of its theatrical release. Starring the veteran giants of Tamil and Malayali film industries, Rajinikanth and Mammootty, the film released on this date in 1991 and went on to become a huge blockbuster in Tamil and Telugu.

Thalapathi’s script had its inspiration from the epic Mahabharata and the story is adapted from the friendship between Karna and Dhuryodhana. The film also stars Aravind Swami, Sobhana, Bhanupriya and Geetha in pivotal roles.

Maestro Ilayaraja’s sensational soundtrack and Santosh Sivan’s top notch cinematography are the other major highlights of this movie.