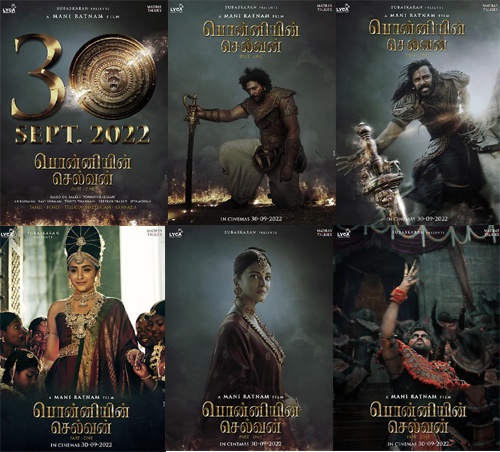 Legendary director Mani Ratnam, who is known for love stories, is ready to entertain the audiences with his next, Ponniyin Selvan – 1. Produced by Lyca Productions and the magnificent director, the epic historical film has Vikram, Aishwarya Rai Bachchan, Trisha, Karthi, Jayam Ravi and others in significant roles.

As today is the birthday of Allirajah Subaskaran, Chairman of Lyca Productions, the makers have announced that the movie will be released in theaters on September 30, 2022. The makers have also released the first-look posters of Vikram, Trisha, Aishwarya Rai Bachchan, Karthi and Jayam Ravi from the movie. The character posters have increased the hype on the high-budget movie.

To recall, the principal photography of this magnum opus was completed back in September 2021. The expensive Tamil movie has the music of AR Rahman. Ace cinematographer Ravi Varman cranked the camera while Sreekar Prasad dealt with editing.