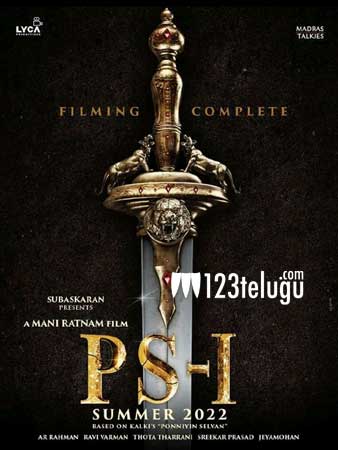 Legendary Tamil director Mani Ratnam has wrapped up the principal shooting for the first part of his ambitious historical magnum opus, Ponniyin Selvan. The latest poster that was released to announce the completion of the shoot reveals that Ponniyin Selvan is scheduled for a summer, 2022 release.

Ponniyin Selvan is based on the epic Tamil novel of the same title authored by Kalki. The film features an ensemble cast featuring stars like Vikram, Aishwarya Rai Bachchan, Trisha, Karthi, Jayam Ravi and many others.