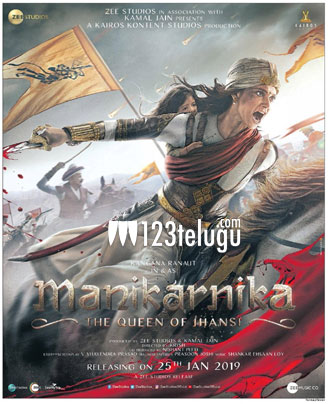 The first look poster for the most eagerly awaited Bollywood magnum opus, Manikarnika: The Queen of Jhansi, was released this morning released as an Independence Day treat. The first look showcases Kangana Ranaut in a ferocious avatar as Jhansi Ki Rani Laxmibai.

Manikarnika will be hitting the screens on January 25, 2019, coinciding the Republic Day. Baahubali and Bajrangi Bhaijaan’s writer V Vijayendra Prasad has penned the script for Manikarnika and Krish has directed the film. Manikarnika is produced by Zee Studios in association with Kamal Jain and Nishant Pitti.