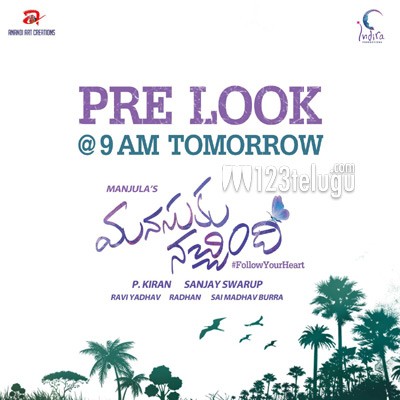 It is well-known that Superstar Mahesh Babu’s sister and actress-producer Manjula Ghattamaneni is making her directorial debut with a romantic drama. The film features young stars Sundeep Kishan, Amyra Dastur and Tridha Chaudhary as the main leads. The film’s post-production formalities are going on in full swing.

Now, the latest update is that this movie has been titled Manasuku Nachindi. The film’s pre-look will be unveiled tomorrow morning at 9 am. Incidentally, Manjula had recently kick-started the Manauku Nachindi campaign. Indira Productions banner and Gemini Kiran are jointly producing the movie. Radhan is scoring the film’s music.