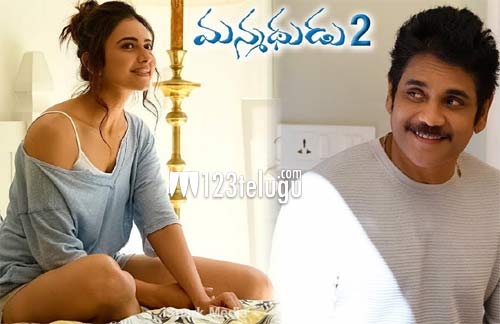 Manmadhudu 2, Nagarjuna and Rakul Preet’s just released romantic entertainer, has had a decent outing at the box-offices across Andhra Pradesh and Telangana on its opening day. The film collected a share of Rs 3.63 crore in the twin Telugu states.

Manmadhudu 2 will have a free run at the cinemas in both the Telugu states over the upcoming 3-day long weekend. The real test for the film will start from Monday onwards, as the film was sold for nearly Rs 18.5 crores worldwide.