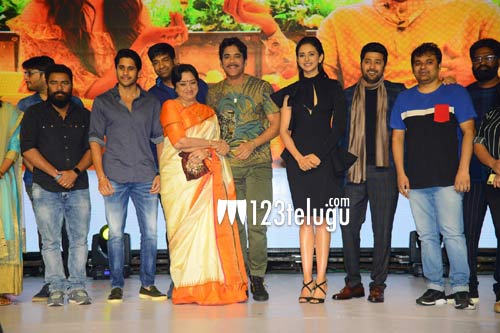 Although it’s not a sequel, Nagarjuna’s soon-to-release romantic comedy, Manmadhudu 2, has been constantly compared to the 2002 film, Manmadhudu. Manmadhudu 2’s pre-release event was held tonight in Hyderabad and it had a Manmadhudu connection to it.

In a special gesture, Nagarjuna invited veteran filmmaker Vijayabhaskar, who directed Manmadhudu, and music composer Devi Sri Prasad, who composed the soundtrack for the 2002 film. Both Vijayabhaskar and DSP recollected fond memories of Manmadhudu and wished the Manmadhudu 2 team a grand success.