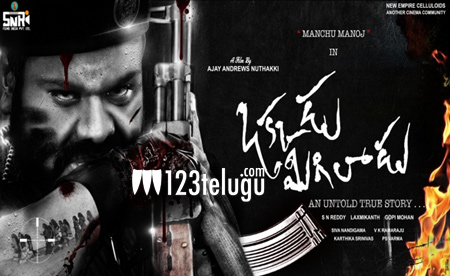 Manchu Manoj’s upcoming war drama based on the Sri Lankan civil war, Okkadu Migiladu, will have a wide release across the country. Yesterday, Manoj, along with the film’s team, was in Chennai to unveil the Tamil version’s teaser​.

At the event​, Manoj revealed that apart from the Telugu and Tamil versions, Okkadu Migiladu will also be dubbed in Hindi and Kannada for a wide release.

Ajay Andrews Nuthakki is making his directorial debut with the movie, which has Anisha Ambrose as the female lead. SN Reddy and Lakshmikanth have jointly produced the movie. Okkadu Migiladu is releasing on September 8th.