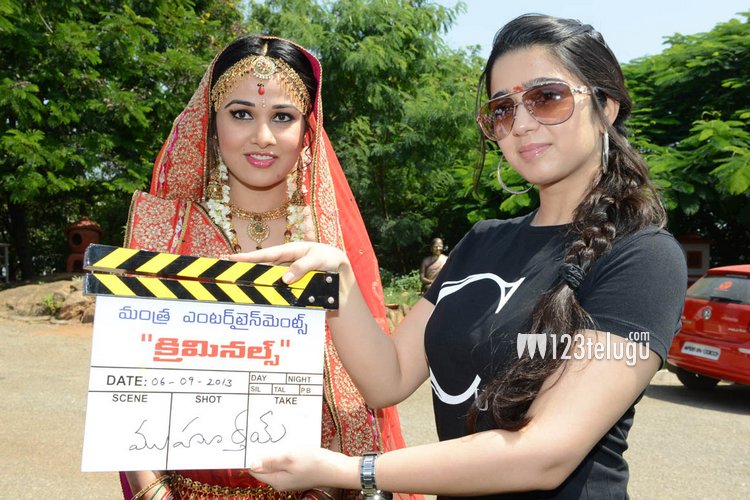 Osho Tulasi Ram has made his directorial debut with Mantra movie which went on to become a super hit and established him as a successful director. However he couldn’t recreate the magic with his next venture Mangala which bombed at the box-office. He is now gearing up to direct a new film “Criminals” which has Nisha Kothari playing the main lead. The movie was officially launched today and Charmme graced the occasion.

This movie is produced by C.H.V.Sharma who has earlier produced Mangala and the music is provided by Mangala Anand. This movie will be a cyber crime story and the regular shoot will start from this month end and the movie is expected to complete shoot by December.