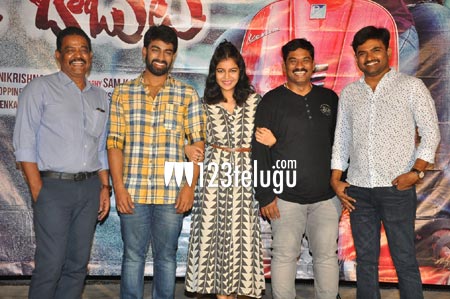 Noted director, Maruthi is presenting yet another youthful entertainer called ‘London Babulu’ under his Maruthi Talkies banner. Newcomer, Rakshit is debuting as the hero with this film and Telugu girl Swathi will be seen as the female lead.

London Babulu is an official remake of Tamil film Aandavan Kattalai. Veedu Theda fame Chinna Krishna is directing and Sweet Magic Prasad is bankrolling this project which is scheduled for an August first week release.