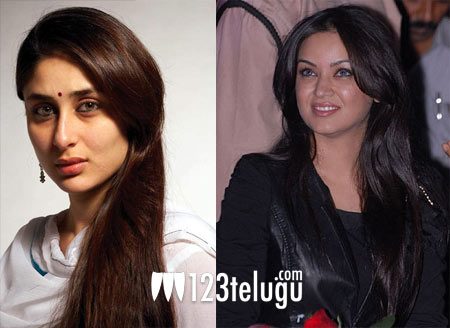 Maryam Zakaria, the Iranian-Swedish actress, is going places. After setting the screen on fire in an item song in 100% Love, the actress later went on to play a supporting role in Madatha Kaja and currently she’s acting in Rajasekhar’s Arjuna. Recently, one of her item songs, Dilli ki Billi, in a Hindi film Sadda Adda turned out to be quite popular and now we hear that she’s going to be part of one of the biggest Hindi films of the year. Maryam Zakaria has bagged a role in Saif Ali Khan, Kareena Kapoor starrer Agent Vinod and she even got to dance alongside Kareena Kapoor in a song. It’s not everyday that debutantes get a chance to work with the best of Bollywood and Maryam has managed to achieve it in a relatively short span of time. She has also stated that she would love to do more item numbers and supporting roles in Telugu films. Great going Maryam.