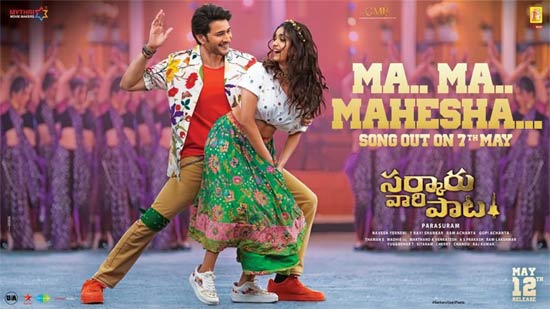 The latest news is that the mass track Ma Ma Mahesha has crossed a rare milestone on YouTube. The lyrical song and video of this peppy number, which showcased the energetic dance moves of Mahesh Babu and Keerthy Suresh, have collectively surpassed the 100 million views mark. Composed by Thaman, the song became an instant hit when it was released.

Nadhiya, Samuthirakani, Vennela Kishore, Subbaraju, Brahmaji and others played key roles in this hit movie, which is a joint production of Mythri Movie Makers, GMB Entertainment and 14 Reels Plus.