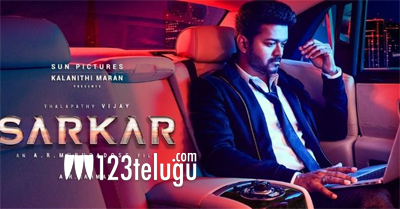 Apart from Aravinda Sametha’s pre-release event, Tamil cinema is celebrating another big event in the form of Sarkar’s audio launch which is happening in Chennai’s Nehru stadium.

Fans have turned out in huge numbers to get a glimpse of superstar Vijay. Noted actor, Prasanna is hosting this event which is being attended by Keerthy Suresh, Varalakshmi Sarath Kumar, and many others.

AR Murugadoss is directing this film which has music by AR Rahman.