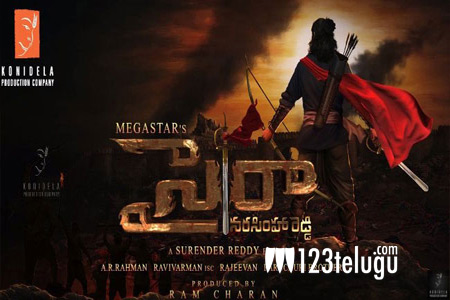 Now that the unit has shot some of the crucial scenes of Sye Raa in Hyderabad, there are planning to take the film abroad now. The latest we hear is that the film’s DOP and director will go on a location hunt in Europe this week.

Locations related to lush green land will be chosen to shoot the film there for over a period of 30 days. Some heavy duty fight sequences will be shot involving some good number of junior artists.

For this, a training program close to two weeks will start in Hyderabad where Chiranjeevi and other cast will get trained in the action department.

Hollywood fame Lee Whittaker will compose these fights which will be shown during the time of independence era. Ram Charan produces this film which has Nayanthara and Tamanna as the female leads.