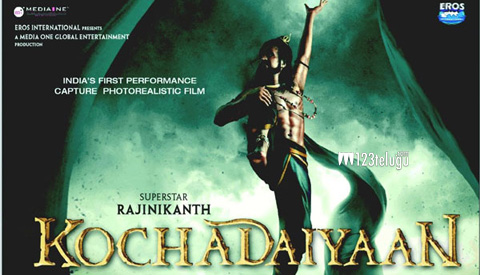 Rajinikanth’s upcoming film Kochadaaiyaan is going to be promoted in a unique manner. Last year, Karbonn Mobiles, a leading mobile phone company, had signed an exclusive deal to promote the film and the latest news is that the company is going to issue 1 million Karbonn special edition Kochadaaiyaan mobile sets.

These special edition mobile sets will have screen savers, images, trailers and other promotional material related to the film. Besides, the company is planning to promote the film in a big way in over 27000 outlet stores in South India. Directed by Soundarya Rajinikanth, the film stars Rajinikanth, Deepika Padukone in lead roles. The film is being touted as India’s first 3D film which has been shot using performance capture technology.

A R Rahman has scored the music and the audio is expected to be launched later this month. The film is gearing up for a huge release in over 6000 screens all over the world, in multiple languages, on April 11.