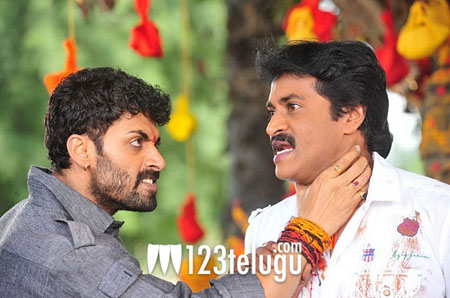 Comedy Hero Sunil’s ‘Poolarangadu’ is gearing up for a massive release this Sankranthi. The movie is going to hit the screens on January 14th 2012 and the movie will be screened in 450 theaters worldwide. Isha Chawla is the heroine for this project.

‘Poolarangadu’ is being directed by Veerabhadram Chowdhary and Atchi Reddy is the producer. R.R.Movie Makers banner is presenting the film. The movie is going to be an out and out comedy entertainer, says the producer. Shooting is currently on and the Producer has informed us that only 4 songs are pending.

Anoop is scoring the music for this film. Kota Srinivasa Rao, Ali, Raghubabu, Pragathi and others are essaying key roles in this movie.