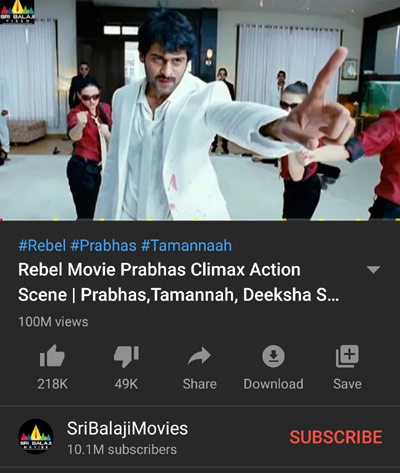 From being a regional mass hero to becoming a national star, hero Prabhas’ journey is impactful and inspiring. After getting wider popularity, Prabhas’ old films are getting a thumping response on YouTube.

For instance, a highly authentic action block from the 2012 released Rebel has registered a massive 100 million views on Youtube. Looks like this is first of its kind feat for any Telugu film hero to witness the solid response for an action sequence.

This itself showcases the pan-India popularity of darling Prabhas and his films.