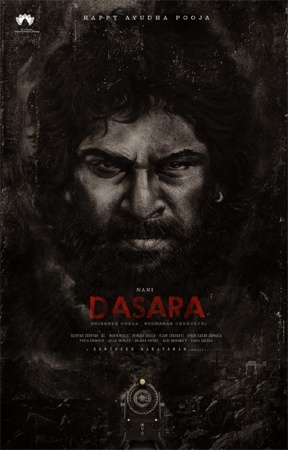 It is a known fact that Nani has teamed up with a first-time director named Srikanth Odela for a big film titled Dasara. The film was also launched sometime back.

Now, the latest news is that a huge set is being erected in Kukatpally where most of the shoot will be canned. Keerthy Suresh is playing the female lead.

Sudhakar Cherukuri is mounting Dasara prestigiously on a lavish budget. For the first time in his career, Nani will be seen in a Telangana-based local character.